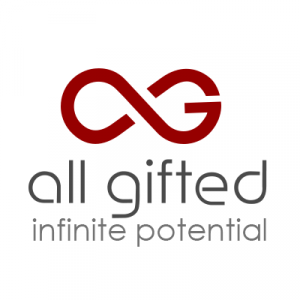 Over the last week, a few people, for different reasons, have asked me if I regret the way I brought up my children, do my career or live.


I thought about it really hard. It is hard to be a mother of 5, plus, for the most part of the last 15 years, doing it by myself. Which means I had to make most of the major decisions, face most of the criticisms and of course, gain most of the compliments for making the right decisions.


Pat, my neighbour, said that if she had to do it again, she would not have sent her two sons (who are now parents themselves) away to boarding schools.


She told me that Australian of the Year in 2005, Professor Fiona Woods, wished she had spent more time with her kids. She only managed a few hours a week with each.

Carly Florina once said she wished she had focused more on her family.


Don't get me wrong ... none of these women's kids ever lamented anything. Children cope, anyway. And that's the scary part.


When I hadn't even reached the peak of my career, at the ripe old age of 37, I retired from the business world. One which I had excelled beyond my years, and beyond any of my peers. By then, I had already founded, was the majority shareholder and gotten NASDAQ listing approval for my company which was valued several hundred millions at that time. I had the taste of being the CEO of a GLC, and I had a stint as the Regional MD of a NASDAQ-listed company.

Stepping down for me was going to the university to teach, which to me, was a wilderness that became an oasis.

People expected me to regret it. Well, I could have founded a few more ventures, listed a few more in those years, even done some good starting a few interesting social enterprises or a charity or two. Ah, I could have invented a few great things that will change the world, too.


But that was not the calling at that point. There were five small kids who needed me and only I could bring them up the way I wanted, and I didn't even want a domestic helper to intervene.


My colleagues think me mad, so did my mother. My sister sniggered. But I didn't want my children to speak with a Filipino accent rather than Singlish, order people around rather than do housework, become food connoisseur rather than great home cooks.


I wanted to teach them how to write in English and Chinese the way I do, even if it is imperfect. I wanted them to learn as many languages as possible rather than memorizing how clouds are formed, I wanted them to travel the world as sports people donning national sweats rather than learning to be test-smart in tuition centers.


To me, we have done the right thing if our children are raised to be independent physically, mentally, and spiritually. (elaborate this in another post next time)


Being a mother or father is not about doing everything for a kid, or leaving everything to their discretion. But about finding a fine balance. This balance changes day to day, situation to situation, place to place. We need to know our kids so well that that balance is fine-tuned to perfection for each occasion.


The window of opportunity to study them, contribute and influence their lives is so small, it will close before we know it. If we, as parents, deprive our kids of time when they need us, then there will come a time when they won't need us in the same way again.


That thought alone, gave me the strength to keep going and be cheerful about everything I have to do. It did not matter when the kids drove me up the wall for just trying for them, when educators and professional think I was endangering myself or when my husband asked me to just give up.


I spent 24x7x365 with them all those years. But on days when I was left alone while they were out training, at school or at parties, I managed to whip out my computer and built small pockets of my career: writing, computer programming, networking. Learning, honing and upgrading my skills.


When the time comes, when my kids want less of me around, I know these small pockets can be sewn together and be used to change other people's lives and the world: in the way we educate, make ends meet and find happiness.


So, the answer is pretty clear as to whether I regret any part of my time with my kids. Absolutely not.


I know from the start that being a talented, technical and sought-after person can be a curse, in that we get consumed by the world for more 'urgent and pertinent' issues. We nonchallantly forget our families and what is important along the way. To that end, I look back and I cannot find anything I have forgotten that I can ever regret for.

Copyright © 2020 All Gifted. All rights reserved
Created with

Select a course first to display its contents.

No available contents for

There are no free, paid or coming soon courses in your school yet.
Why don't you create one?

Oops, your school's owner is working hard preparing the courses for you.

Oops, you haven't created any courses yet.

Wouldn't it be a good idea to create a course?

No blog posts found in your blog. Why don't you create one?